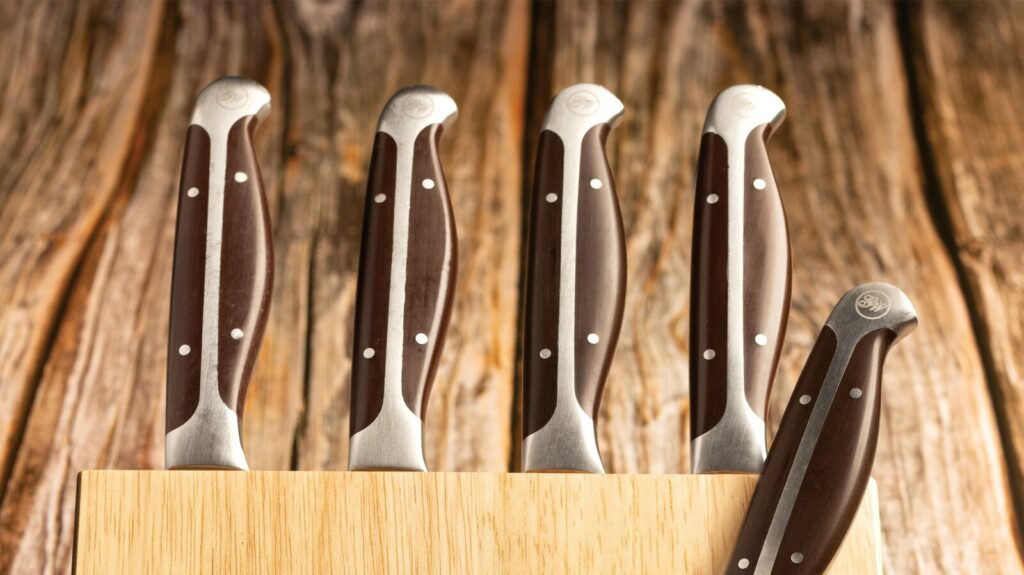 Who would have guessed that an award-winning manufacturer of high-quality knives and cookware would be tucked away right in our own neighborhood?

Günter Wilhelm® was established in 2002 with the mission to design, manufacture, and market a distinctive brand of high-quality knives and cookware at affordable prices. The company spent years interviewing chefs to find out what features they prefer. A knife that was comfortable to hold with a balanced blade and handle were key requests.

Upon visiting the showroom at 628 Swan Street in Ramsey, any Food Channel fan worth their salt will recognize numerous faces on the wall of chefs who swear by Günter Wilhelm knives and cookware. The company manufactures the cutlery of choice for many professional executive chefs, world-class barbecue and grilling champions, numerous pit and grill masters, and countless backyard and home cooks.

This year marks Günter Wilhelm’s 20th year in business, and CEO David Malek takes great pride in his company’s products. “We wanted to build sharp knives with good edge retention,” says David. “We tested steel from around the world and found we preferred German steel, which is very hard but very maintainable.” Although the steel from Japan is extremely hard, it is more prone to nick and chip, and the narrow angle of the edge makes it hard to maintain and sharpen. The German steel is treated with a unique heat process that keeps the edge sharp and the knife strong without being brittle. “This is especially appropriate for something like a filet knife, which needs to be flexible,” says David. 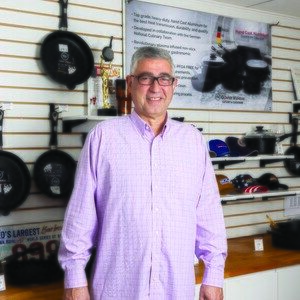 After an intensive R&D process, the Executive Chef line of knives was created, featuring a triple-tang handle design. This means that the blade’s steel is set all the way down to the bottom of the wood handle, making it exceptionally strong and secure. David also developed the ProCut collection, which features versatile knives with antibacterial handles.

In addition to their cutlery lines, Günter Wilhelm manufactures cast aluminum cookware developed in collaboration with the German National Culinary team. The products are handmade in Germany from heavy-duty aluminum, which is perfect for heat distribution, offering unsurpassed non-stick performance and easy cleaning. The non-stick coating is water-based and free of solvents. When you visit the showroom, check out the video in which the military tank runs over various brands of pots. Guess which pot holds up in the end? (I won’t give it away!)

Günter Wilhelm is the Official Cutlery and Cookware of The White House Chef Tour (2010 to present), and the Official Cutlery of the World Food Championships (2014 to 2017). It has been awarded multiple recognitions and endorsements from executive, professional, and celebrity chefs, top-ranked restaurants, and numerous home cooks and chefs. 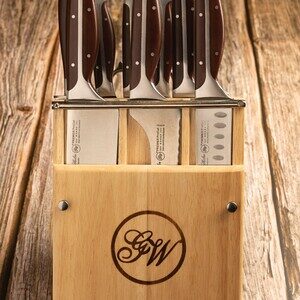 David shares a story of one particular chef who befriended the company online and consistently provided excellent reviews. While at the International Restaurant and Food Service Show, the chef approached the Günter Wilhelm table and introduced himself. “When I shook his hand, I could see that his uniform indicated that he was a White House chef,” says David. “That was pretty amazing. We still work together—he loves our cookware too.”

“We’ve been at shows and competitions where we’ve won in almost every category, including ‘best in show,'” says David. “It’s an amazing feeling. I was at an event in Seattle, and I had a couple of knives with me. Someone was demonstrating a hog butchering class, and he asked to borrow a knife. Later, he took a picture together with me. Unbeknownst to me, it was Mark Lambert, six-time barbecue world champion. He is an icon in the barbecue community. Today, Mark sells Günter Wilhelm knives.

Günter Wilhelm also received outstanding reviews from Barbecue Hall of Famer, Meathead, who recommended Günther Wilhelm on his website and recognized the line as one of the best products of 2020. “The barbecue and grilling world is filled with wonderful people,” says David. “It is awesome to work with them. These BBQ champions and professional chefs see so many pieces of equipment throughout the year. It’s a huge honor to be the cutlery and cookware of choice for those guys. It’s really great.” 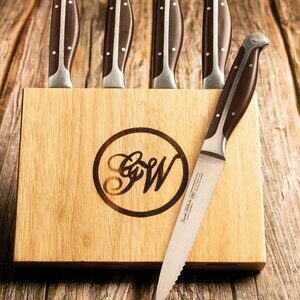 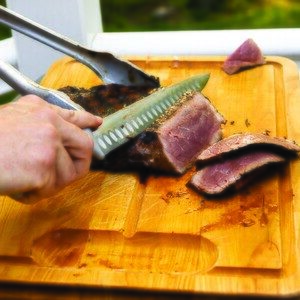 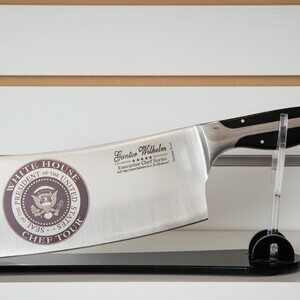